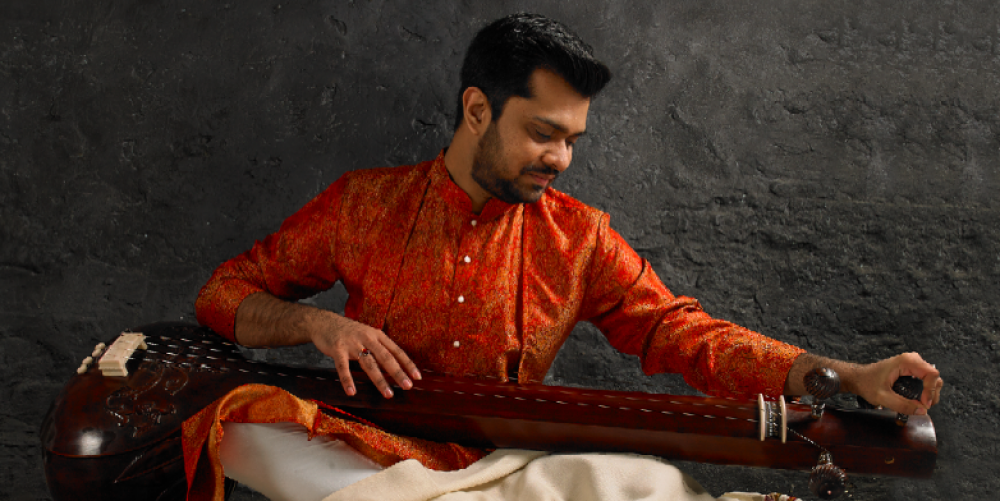 Prabhat Rao is a leading Hindustani Classical Vocalist of the younger generation based in London, UK. He is currently a disciple of Professor Ojesh Pratap Singh of the Gwalior, Agra and Jaipur Gharanas. He has previously trained under Guru Chandrima Misra at the Bharatiya Vidya Bhavan in London. In addition to his understanding of the Raagas and command over Laya, his focus has always been around the aesthetics of Khyal and bringing out the Bhava (emotion) in every composition that he presents. He demystifies this ancient art form and ensures that both learned and new audiences leave with an appreciation of his Khyal.

Prabhat belongs to a South Indian family and spent his early years with his grand mother, who was an exponent of Carnatic Classical Music. His father has been the main driving force for his growth in music and has encouraged him to explore various genres of music including Western Classical music before deciding to take up an advanced study of Hindustani music.

He holds a masters in classical music, from the University of London. He is a dedicated teacher and has trained students for performances, exams and collaborative music projects. He leads an organisation called “In Spotlight” which aims at providing performance opportunities to up-and-coming artists in London.

Prabhat has travelled and performed in the UK, Europe, India and Singapore, including venues such as the Mountbatten Hall, Southbank Centre and Barbican Centre in the UK. He has performed at major music festivals including the Edinburgh Fringe festival and has been a lead vocalist for UK’s national Indian Classical Ensemble, “Tarang”. His collaborations include working with Western Classical ensembles, middle – eastern musicians and a fusion project incorporating a popular Beatles track for the 2012 London Olympics closing ceremony. He has shared the stage with various senior artists such as Ustad Taufiq Quereshi, Padma Vibhushan Pandit Birju Maharaj and Bharat Ratna Pandit Ravi Shankar and these experiences have moulded Prabhat into a rounded musician.

Prabhat is also associated with the Chinmaya Mission which provides him the much needed focus and devotion in his musical journey. This combination of knowledge and experience in music with a voice that instantly connects with listeners makes his concerts a memorable experience.